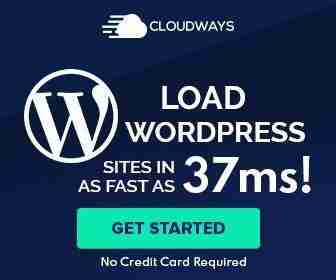 Getresponse Review 2020 – What You Need to Know About Getresponse

There are a lot of email marketing services out there. I love GetResponse because it’s not just easy to use, it’s fast. You can open the site for the first time and start sending out email campaigns, design web forms, or create a landing page that is ready to go in around 15 minutes.

Like many other premium services on the web, GetResponse features a free 30 day trial that allows you to play around with it and figure out if it will suit your needs or not, with no initial investment or cost except for a little bit of time (and not much of it at that!).

Unlike many premium services, GetResponse doesn’t require you to give over all your credit card information to them before they’ll allow you access to this “free” service. It really is risk free – you don’t even have to get up from your chair (or bed, if you’re like me) to hunt around for your wallet. You also don’t have to worry about whether or not you can trust them with your financial information just to try out the service.

At a Glance Features

templates are designed with flexibility in mind. Rest assured that regardless of what type of device your subscribers are using, GetResponse has accounted for it.

this is one of my favorite features! Easy to use and ready in a matter of minutes. All you have to provide is the copy.

unlike many other services I’ve tried, these templates come in a wide variety and aren’t more or less the same template over and over again but in different colors.

it only takes a few clicks to transfer your email lists from wherever you had them before into GetResponse where they’re ready to be used in your next email campaign.

another feature I love. Set up what emails you want to be sent out on… certain days, at certain times, on the subscriber’s birthday, when a goal has been reached, and more.

GetResponse will take care of the rest of the work.

unlike a lot of other analytics services which seem to be geared towards users who already have an advanced degree in analytics, GetResponse has easy, intuitive, and chipper graphs that make sense immediately.

But really, GetResponse doesn’t just touch on a few pretty basics and move on, each feature is fully-fledged and includes even more nuanced capabilities.

As far as I can tell, the landing page creator is a fairly new feature of GetResponse and I absolutely love it. Most pages can be made quickly – in less than 10 minutes. The longest part is deciding what you want it to say.

Creating your own landing page requires 0 IT skills, which is great for the average person and, honestly, even kind of great for someone who does have IT skills. For the same reason Dreamweaver became popular, this landing page creator can come in handy for marketers from all walks of life. It builds in basically everything you need in a matter of minutes so that you can focus your efforts on things that are more important.

There’s a plethora of templates to choose from to launch your landing page with, and many even include a spot to upload your own video into.

I’ll get more into the A/B testing capabilities of GetResponse later (which are great, by the way… in case you didn’t feel like waiting to find out) – but I like how on the Landing Page Creator interface, all you have to do to create the second page you want to test is click the plus sign on the tab at the top and the service will create a duplicate of what you just worked on. From there, it’s up to you to change the one detail you want to test.

Email is the primary attraction on GetResponse. Just like with the landing pages, there are tons of templates to choose from, and this direct response service takes it a step further by adding a feature that will show you what your email looks like in different email clients.

A decade ago, this problem was at the forefront of every webdesigner’s mind. Today, with all the different devices available, the focus has shifted elsewhere – after all, the differences from email client to email client on the same type of device isn’t as big of a difference as viewing it on a screen that has the completely opposite dimensions as your computer.

Now, don’t get us wrong, GetResponse hasn’t overlooked the mobile responsiveness aspect. There’s a tab for that, too.

My only complaint on that note is that, while GetResponse boasts that their emails are all mobile responsive, that doesn’t necessarily mean that their assertion is true. I played around with a couple of templates and at least one of them looked like a hot mess on mobile – so watch out for that. The good thing is that the option to look at how your email will show up in mobile can save you the time (and the embarrassment!) of accidentally using one of these templates. And, in all fairness, the vast majority of them worked without incident.

One of my favorite things about GetResponse is the A/B testing interface.

I mentioned earlier how easy it is to create a new landing page to test, and on that interface, it’s up to you to make the changes yourself, manually. With email, on the other hand, there’s a number of options you can select to have GetResponse test for you automatically.

You can test everything from the subject line, to the “from” field, to the delivery time, to the content, itself.

Where it comes to the delivery time, you can test between sending your emails out at the same time on different days of the week, or different times on the same day of the week.

If you’re going to test between times of the day, GetResponse gives you the option to “time travel.” While there was a message next to the option, it was a little ambiguous and I wasn’t quite sure what they meant by it, so I hopped onto the customer service chat to ask. I was connected to a rep in less than a minute who was happy to clarify:

GetResponse also allows you to use up to 5 different pages or emails to test between.

One of my favorite things about GetResponse is how quickly you can get from signup to delivery.

You can get from landing on their homepage, to signed up, to verified, to customizing your first landing page/email/web form/what have you in about 15 minutes.

That is… if everything goes off without a hitch. Which it doesn’t always. And it didn’t for me.

GetResponse had all kinds of trouble recognizing my phone number. Once it finally decided to acknowledge that I’d entered a real phone number, it couldn’t seem to get the message to me. I figured that this might be a simple case of user error and deleted my progress and started again, asking it to send me another verification code. The interface insisted it had already sent it to me. We fought. I lost, and then I had my first run in with their customer service department.

GetResponsedoes have a phone number you can use, but I don’t like talking to people on the phone, it makes me nervous. So I prefer to use their chat service.

One weird, and possibly cool, thing about GetResponse’s email service is that it displays a picture of the person you’re chatting with in the chat window. Possibly cool… and also possibly weird, if, uh, say the photo of the person you’re talking to kind of looks like a mug shot. Makes your chat a little weirder, I feel. I don’t even know if the customer service was good I was so weirded out by the picture. Just something to think about before starting a chat is all I’m saying.

But that’s all just signing up – how easy is it to actually use the service?

Well, the drag-and-drop configuration of the editor is pretty nice. It’s easy to plug things in, to be sure. But is it easy to customize the pre-fabricated templates into something that will work for your business? Ehhhhh, arguable.

First of all, if you select an element and want to move it around, you can’t use your arrow keys to do so. Or, at least I can’t. It could be a Chrome thing.

Another problem I had was when I tried to change the call-to-action on one of the web forms I was creating. I wanted to include smaller text directly underneath the CTA within the same button. Is there any option to break down to the next line or change the font on the CTA? Spoiler alert: no. No, there is not.

A final problem? I’d like is if it was easier to cycle through different images you wanted to use, or if there was some mini preview that showed you the landing page or newsletter with the selected image before you left the image-selecting interface. Oh well, a girl can’t get everything.

GetResponse is a great starter service for direct response marketing, and at a good price, too – but, it could use a little more work in making it adaptable to other uses.